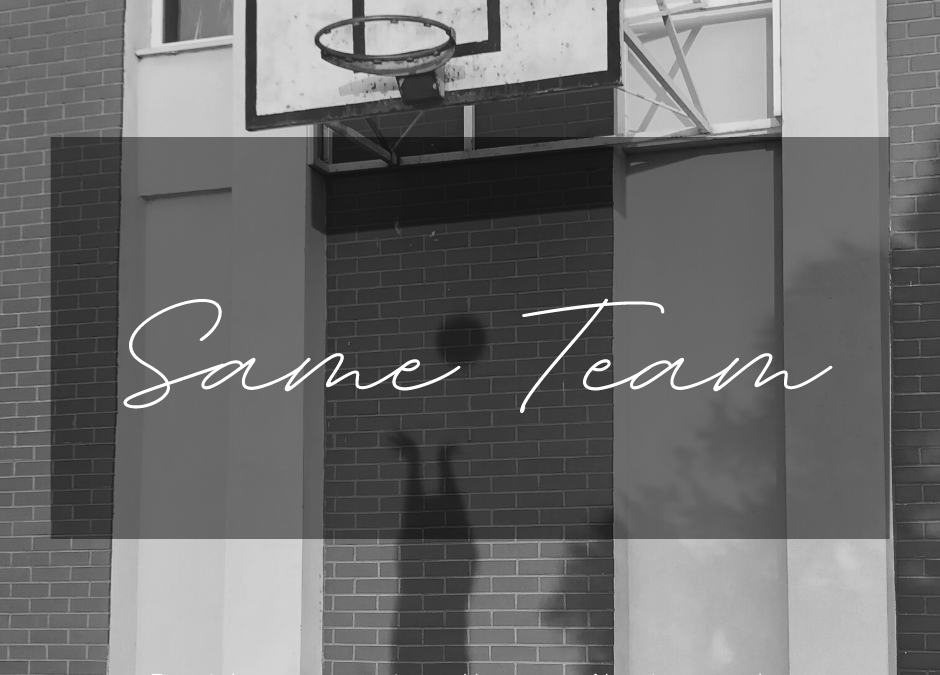 I’m going to describe a scene to you, and if you’ve ever been to a child’s basketball game, you’ll know right away what I’m talking about. During a youth basketball game, the kids are always very aware of the score, and these little people on the court can get pretty aggressive. While parents are yelling and clapping from the sidelines, the kids feel like they’re playing in the Final Four Championship. They dribble down the court and position themselves under the hoop. Once there, they heave the ball up, past their defender, and towards the basket. Under the basket is complete MAYHEM! Every single player from both teams is huddled together there. Arms are flailing, and kids are jumping, just hoping for a chance to get possession of the ball. More times than not, the ball hits the backboard or rim and bounces off into the tiny pit of players tugging and pushing and boxing out, each hoping for one thing… CONTROL.

Players lock their hands on the ball and begin yanking and pulling, trying to get sole control of the ball with all their might. Sometimes, in all the commotion and struggle, those two players don’t realize that they happen to be on the same team, and you’ll begin to hear coaches on the sidelines and team members on the bench shout two words onto the court. What are those words? Go ahead, say them out loud if you know them…“SAME TEAM!!”  Hearing “Same Team” brings awareness to the teammates on the court and serves as a reminder that these teammates both share a common goal.

Being married or in a committed relationship and walking beside your child as they go through this season is not without struggles. It can be challenging to consider your partners thoughts and feelings. But here’s the good news, YOU have a teammate.

You are not under the hoop, stuck in all the commotion by yourself. You have someone there to remind you that you share a common goal. You don’t have to solve this problem on your own.  The bad news is, that you are not the coach. You are also just a player in this game. Equal to your teammate. You can’t call all the plays from the bench and watch this all play out the way you planned it would. You both have a say in what the offensive strategy and the defensive strategy will be.

So the next time you feel yourself in that tug of war under the basket try to visualize two players. Common goal. Same team!